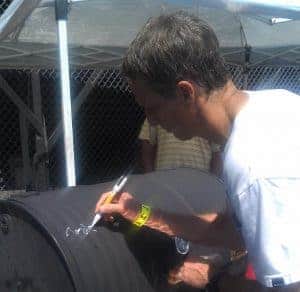 Tony Hawk is likely the most famous professional skateboarder to ever be involved in the sport.

Information about the event: The world’s best skateboard and BMX pros will ride again to crush cancer at the Clash at Clairemont 7, featuring the Sega Sonic Generations of Skate Contest, 11 a.m. to 6 p.m., Saturday, June 1 at Mission Valley YMCA Krause Family Skate and Bike Park.

Moss Grills had its veterans with Moss custom bbq grills barbecuing in the VIP section near Tony Hawk’s Bucky Lasek Crew at the 2013 Clash at Clairemont 7 / Sonic Lost World “Generations of Skate.”

It was taped via Fox Sports Network airing on November 29th at 5pm and 11pm nationally and again in January. Professional demonstrations by skateboarders, BMX pros, and rippin’ amateurs including Andy Macdonald, Tony Hawk, Bucky Lasek, and many more will go on throughout the day on the street course, in the bowl, and on the largest outdoor vert ramp on the west coast.

Scheduled to appear on the 91X music stage are Three Wheels Out, POD and the Legendary Mix Master Mike of the Beastie Boys! 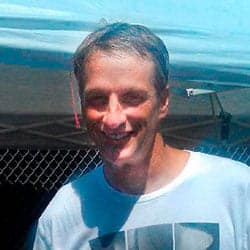 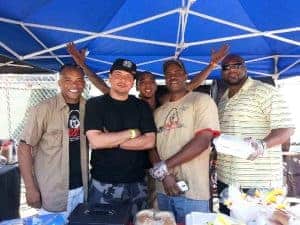 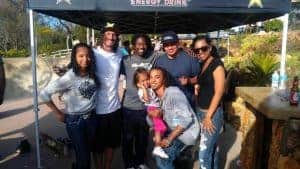 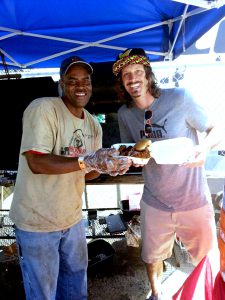 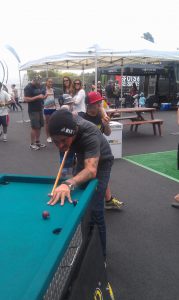 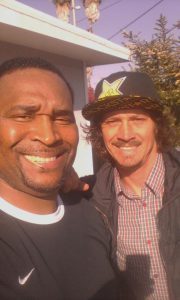 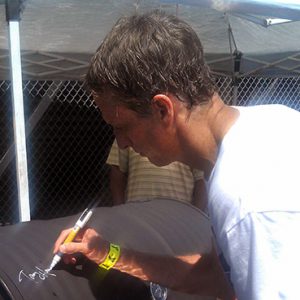